How Infrastructure as Code helps business scale their operations 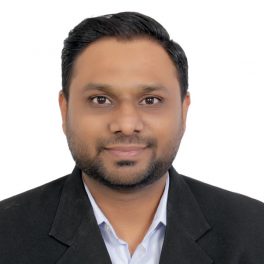 Modern computing often faces the challenges of environment drift in the release pipeline. When teams build against staging or development environments and find that the production environment is out of sync, it leads to a lot of ‘waste’ of time, resources and efficiency in investigating the issues.

Infrastructure-as--code or IaC evolved as a result of this challenge to automate the provisioning of infrastructure to help companies develop, deploy and scale their cloud applications with increased speed, reduced costs and risks.

What is Infrastructure as Code?

IaC is the management and provisioning of infrastructure (networks, virtual machines, load balancers and connection topology) using versioning just like DevOps teams use for source code. Just like the same source code generates the same binary, an IaC model generates the same environment each time it is applied. IaC has now become a vital DevOps practice to facilitate continuous delivery.

As mentioned earlier IaC evolved as a means to tackle the challenge of environment drift in the release pipeline. In the absence of IaC teams had to maintain the settings of individual deployment environments. Unfortunately, over a period of time, each environment would become what is called a ‘snowflake’ , a unique configuration that is impossible to reproduce automatically. This led to inconsistency within environments and issues during deployments. To manage snowflakes, administration and maintenance require manual processes that are hard to track and error-prone.

Essentially, IaC functions on the principle of Idempotence. It is the property that the deployment command sets the target environment to the same configuration, no matter the environment’s initial state. Idempotency is achieved by automatically configuring an existing target or by doing away with the existing target and creating a fresh environment.

Therefore, in IaC teams make changes to environment description and version the configuration models that are in documented code formats such as JSON. As the release pipeline executes the model to configure target environments, teams can make changes to the source and not the target.

IaC implementation has many benefits including the automation of managing IT infrastructure. Additionally, it reduces IT overhead, complex communication challenges and improves the scalability and availability of environments.

However, the biggest benefit is speed. Manual configuration is slow and applications often struggle with spikes in access. With IaC, system administrators don’t have to worry about setting up servers to manage the load.

It also solves the challenge of monitoring and performance visibility. Special purpose tools enable you to gain full visibility into the performance of your IT infrastructure so that there are no blind spots in the environment and topology mapping.

Additionally, with IaC you can avoid discrepancies where multiple people manually deploy configurations.

Declarative and imperative approaches in IaC

The declarative approach defines the ideal state of the system with details of resources required and properties they need, and an IaC tool will do the job.

Whereas with the imperative approach, it also keeps a list of the current state of your system objects making the task of taking down the infrastructure easier to manage.

IaC tools that use a declarative approach automatically provision the desired infrastructure. So, if you make changes to the desired state, the tool will apply those changes for you. However, if a tool uses an imperative approach, then you will need to figure out how the changes should be applied. Many IaC tools are able to function using both approaches.

Repeatability, auditability and simplicity are important for the success of DevOps initiatives. And IaC is an integral part of setting up DevOps practices and implementing your CI/CD pipeline. This is because it takes away a chunk of the provisioning responsibility from the developers, who are now free to execute a script and have the infrastructure ready to go.

This way, there are no delays in application deployment caused by infrastructure provisioning and system administrators don’t get held up in time-consuming manual processes.

Continuous Integration and Continuous Deployment or CI/CD depends on ongoing automation and continuous monitoring across the application development lifecycle, right from integration and testing to delivery and deployment.

But for an environment to be automated, consistency is key. Automating application deployments requires that there are no discrepancies in the way development teams deploy and configure applications vis-a-vis operations teams.

IaC helps align development and operations teams because both sets of teams use the same description of application deployment, making it truly a DevOps approach.

There are many IaC tools in the market that have carved out their place in the market with the ability to automate recurring tasks such as configuration, provisioning, and deployments. Some of the top IaC tools include:

The ServerLess framework offers zero-friction development and helps define applications as functions and events. Developers can declare AWS Lambda functions and their triggers using simple abstract syntax in YAML. It enables deploying infrastructure and code with a single command, so that AWS Lambda functions, triggers and code are deployed and wired together in the cloud automatically. In addition, you can extend your use-cases and workflow with Plugins, install thousands of framework plugins to build new use cases and integrate with other tools.

The AWS CDK is a software development framework for defining cloud infrastructure in code and provisioning it using AWS CloudFormation. It helps developers to define cloud application resources using familiar programming languages. Supported languages include TypeScript, JavaScript, Python, Java, C#/.Net and (in developer preview) Go. Developers can use any of these programming languages to define reusable cloud components known as Constructs. This allows them to build highly reliable, highly scalable and cost-effective applications in the cloud without worrying about configuration of the AWS architecture.

Terraform by HashiCorp is an open source tool and one of the most popular ones for infrastructure automation. It enables configuring, provisioning and managing the infrastructure as code. Terraform helps plan and create IaC across a number of infrastructure providers with the same workflow. It leverages the declarative approach to help users to get the desired infrastructure across multiple cloud options using a single and consistent CLI workflow.